The Earwigs were formed by best buddies Dennis Dunaway and Vincent 'Vince' Furnier at Cortez High School, Phoenix, in 1964. Joined by classmates Glen Buxton, John Tatum and John Speer, they performed primitive gigs (playing mainly Beatles songs, hence the name Earwigs). In fact, Glen aside, the band had to pretend to play their instruments and were even known to hire cheering crowds to encourage them.

Vince was on vocals (and harmonica), Dennis on bass guitar, Glen on lead guitar and Tatum and Speer on rhythm guitar and drums respectively. The more they practiced, the better they got, and before long they were a 100% authentic live act with a cult local following.

They soon become known as The Spiders, with regular gigs played in the Phoenix area that mainly consisted of Rolling Stones and Yardbirds covers. In 1966, Michael Bruce replaced John Tatum and in 1967 Neal Smith replaced John Speer, resulting in the classic future Alice Cooper Group line up. In-between, and with the band trying to break into the all-important Los Angeles music scene, a further name change occurred to The Nazz. However, upon realising that another band shared a similar name (Todd Rundgren's 'Nazz' from Philadelphia), a third and final name change occurred in 1968, Alice Cooper!

Their first show under their new guise was at the Earl Warren Fairgrounds in Santa Barbara, California on the 16th March 1968. The origins of, and associations with, the Alice Cooper name have been subject to variations over the years, but it was originally and quite simply a thought-provoking, curveball, group name that would ultimately set five would-be stars on the pathway to music immortality.

John Tatum passed away, aged 71, on 02nd December 2019 due to complications of Alzheimer's. 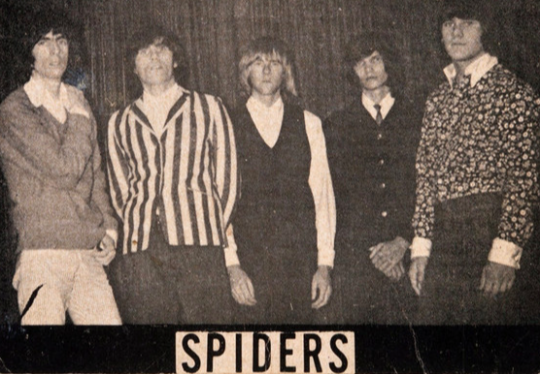 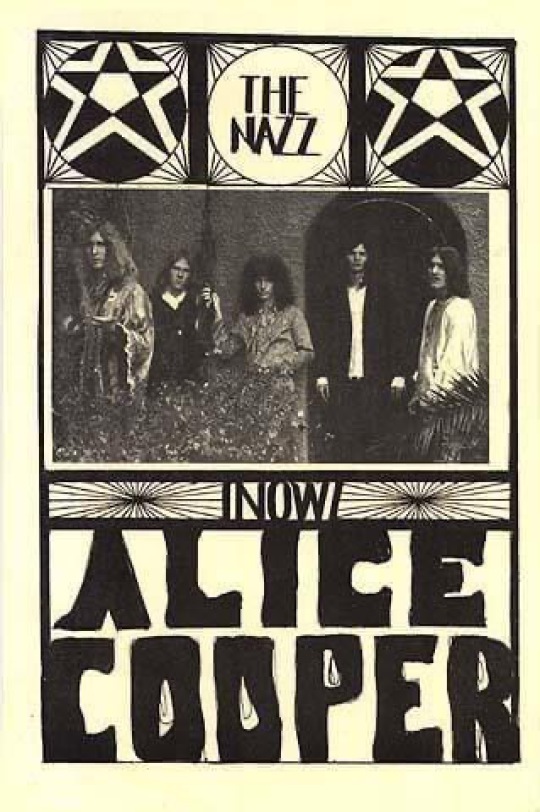 The true original Alice Cooper single is The Spiders' 1965 release of Why Don't You Love Me, featuring Hitch Hike on Side B (both covers of songs by The Blackwells and Marvin Gaye respectively).

Released under the locally-based Mascot Records label, it is thought that only about 400 of these records were pressed with many given away for free at concerts at the V.I.P. club in Phoenix. They are now almost impossible to find with most of them probably not even existing anymore. But you never know, there could still be some out there!

Thankfully, a faithful replica was produced by Mascot Records in 2011, enabling fans to get their hands on a copy of the most distant descendant of Alice Cooper collectable memorabilia.

This item was signed by Dennis Dunaway in October 2019.

After Why Don't You Love Me / Hitch Hike, The Spiders released one other 7" single, which featured the excellent Don't Blow Your Mind and No Price Tag on the locally-based Santa Cruz Records label. These are also incredibly hard to find and are again out-of-reach for most collectors.

As with the maiden single though, a faithful (albeit unofficial) replica with additional card sleeve was produced by UK-based Garage Greats. Limited to just 500 hand-numbered copies (of which this is #453), these have also become extremely rare.

It is for this reason that I'm hugely indebted to UK-based Alice Cooper Group superfan Christopher (Chris) Daniels, who gifted me a spare copy that he had in order to fill this notable hole in my collection. I actually have Chris to thank, or is that blame ;-), for encouraging me to expand my collecting into the near-bottomless world of 7" Alice Cooper singles, as he set me on course by previously gifting me some extremely rare copies of the Reflected and Eighteen singles. Chris is a massively appreciated, not to mention extremely generous, member of the Alice Cooper collecting circle and possesses one of the finest vinyl collections in the world. He's a very active member on Facebook so well worth looking him up to enjoy his latest acquisitions and browse through his collection image libraries!

In 1998 Sundazed Music released an unofficial 7" featuring three of the four tracks from the first two singles (above). This comes in a card sleeve featuring an image of the 1965 line-up of The Spiders. On the back is an interesting biography on the band and the original single release. Inside the sleeve is a nice opaque purple / black marble effect disc.

This further version of the above release by Sundazed Music is exactly the same but features a great translucent yellow disc instead.

This was a most generous gift from hardcore Alice Cooper Group fan Chris Daniels, who has also been kind enough to give me some other 7" singles including 3 copies of Eighteen and a promotional copy of the first ever Alice Cooper Group single, Reflected.  Thank you Chris!

This further version of the above release by Sundazed Music is exactly the same but features a traditional black disc instead.

The only Nazz single to see the light of day was the 1967 7" release of Wonder Who's Loving Her Now?, featuring Lay Down And Die, Goodbye on Side B (the title of which was used for an all-new track on the Easy Action album). As with all other pre Alice Cooper era releases, this is incredibly hard to come by with most fans therefore turning to any available re-issues. Such a re-issue was featured in the excellent 2011 Old School Box Set with the original material pressed on a chunky black disc.

Together, the original versions of the two Spiders singles (above), and this Nazz release, are affectionately referred to as 'The Holy Trinity'.

The Spiders Vs The Nazz 7" EP

This unofficial USA 7" EP features an open-sided paper sleeve and includes the 4 tracks featured on the original 7" releases of Don't Blow Your Mind by The Spiders on Side A and Wonder Who's Loving Her Now by The Nazz on Side B (above). The tracks by The Spiders are in reverse order though.

Therefore, the track listings are:

I am again hugely indebted to UK-based Alice Cooper Group superfan Christopher (Chris) Daniels, who gifted me a spare copy of this unique EP.

Also included is an excellent 24-page booklet, which provides an in-depth history on the Mascot Records label and its founder Jack Curtis. This includes 2 pages on The Spiders and their debut single. The CD is especially cool as it is designed to look like Side A of the original red-labelled Spiders 7".

This is well worth getting hold of to complete your Spiders collection.