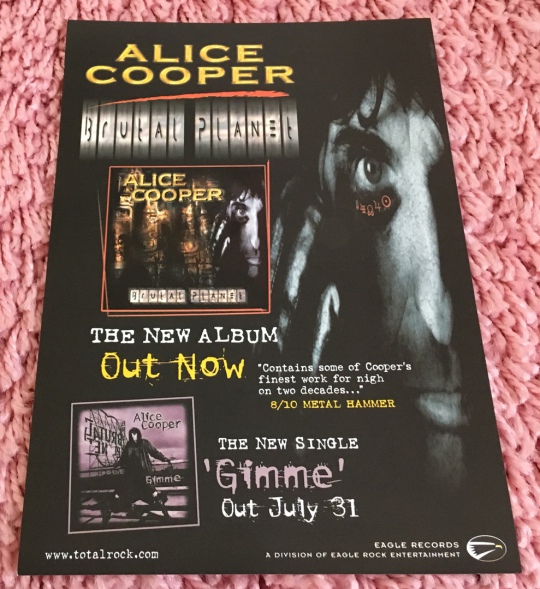 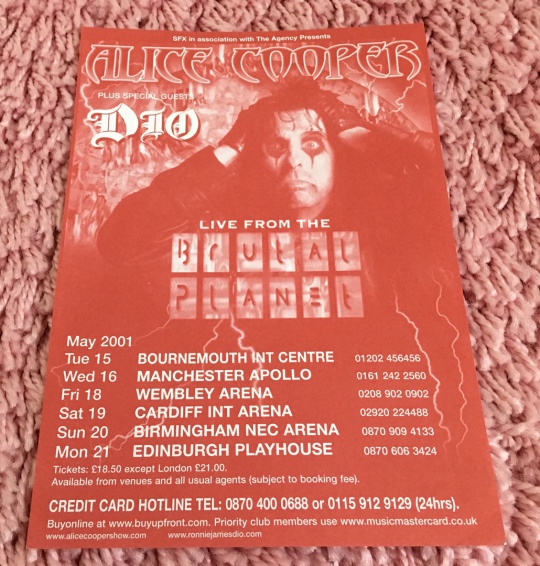 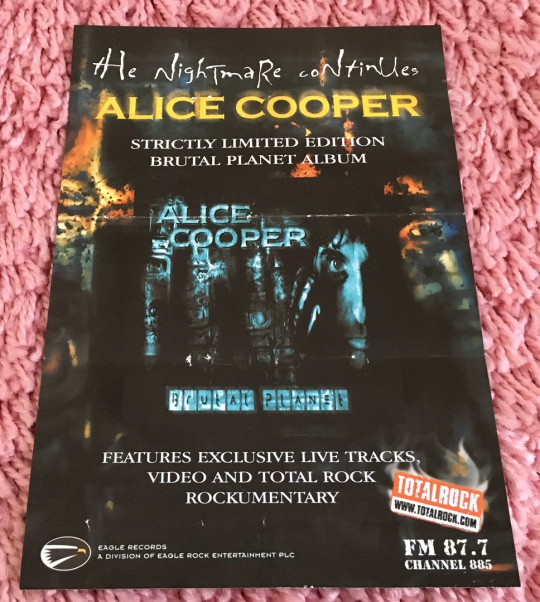 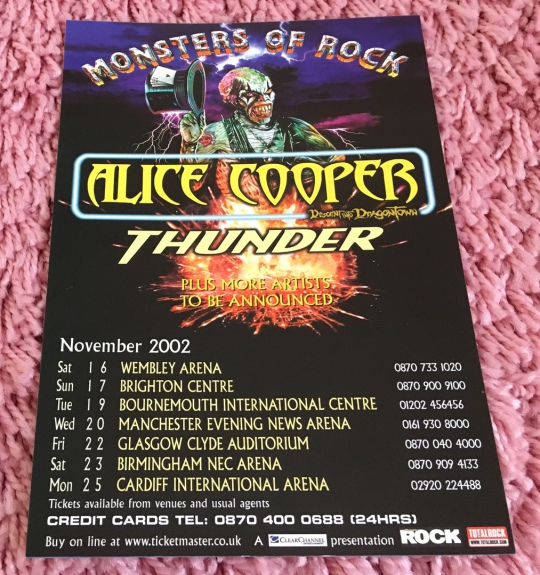 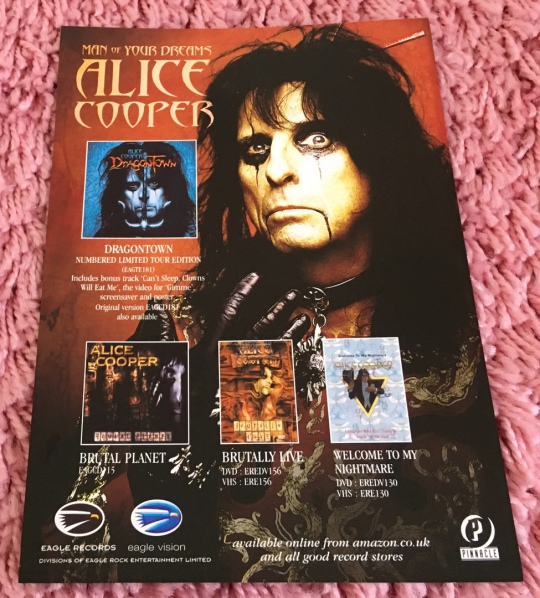 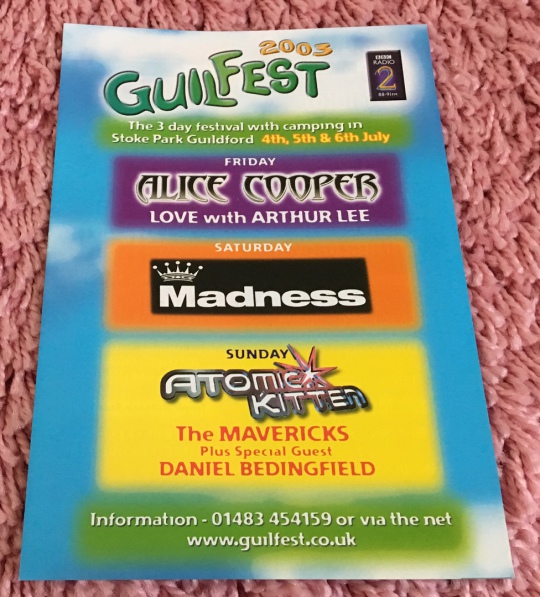 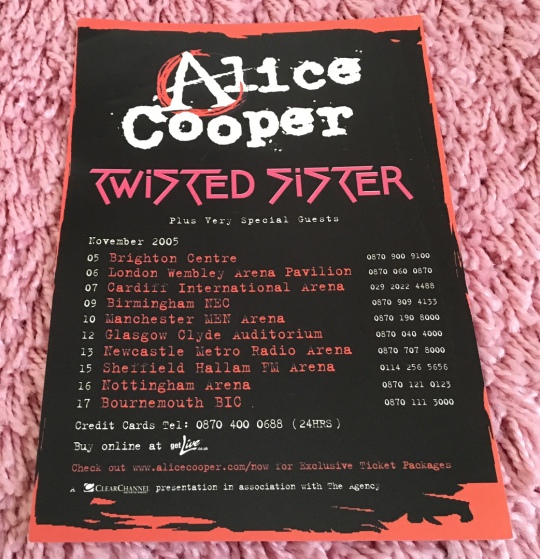 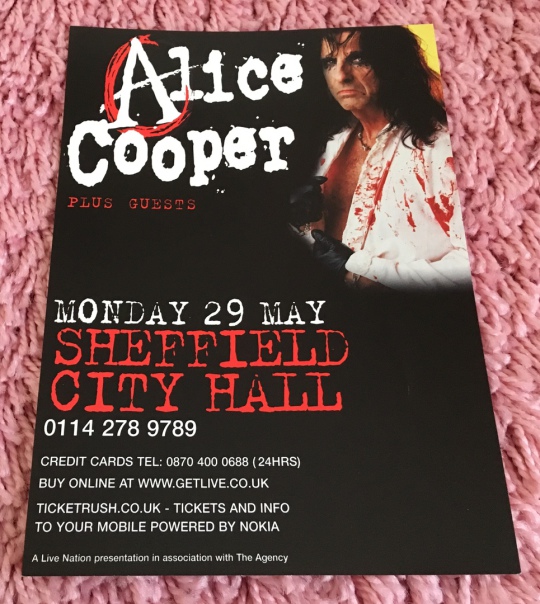 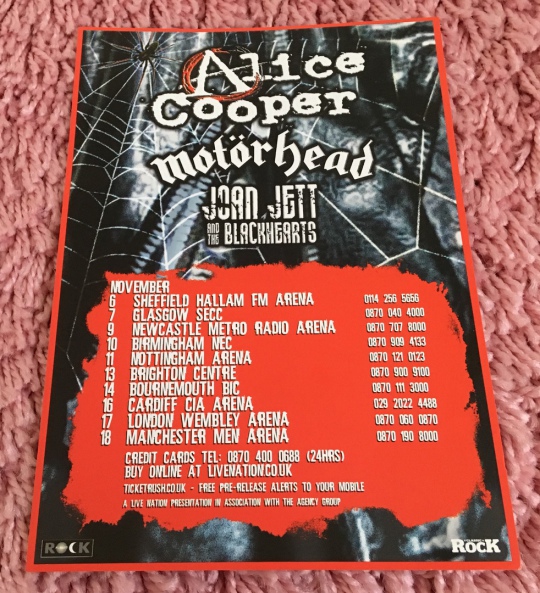 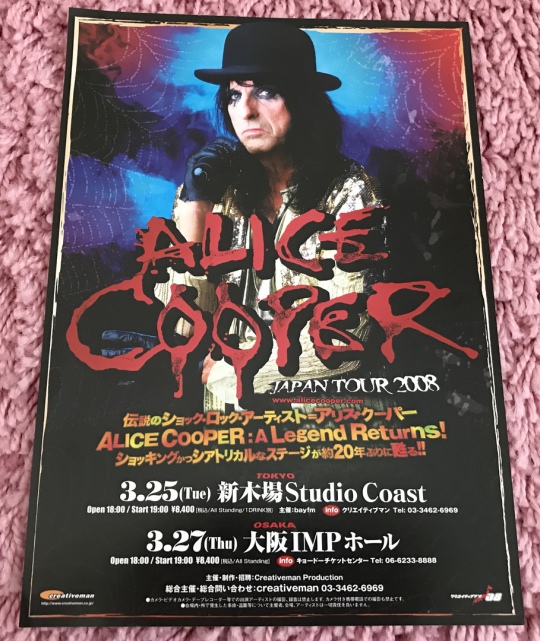 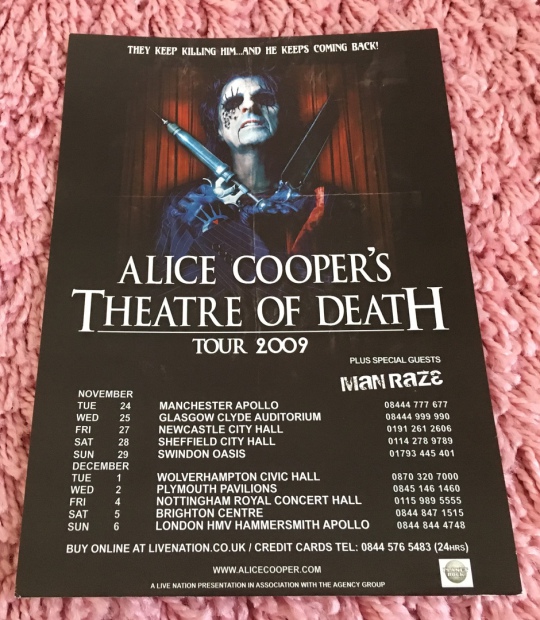 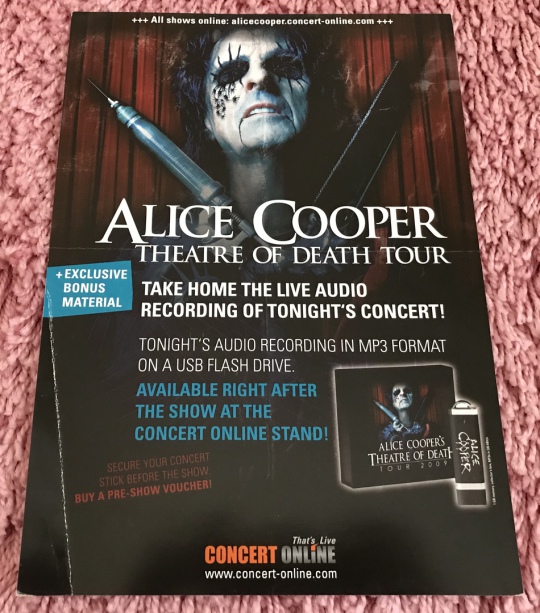 This nice lithograph was sold on the official Alice Cooper merchandise website and could be purchased with or without a personal autograph by Alice (the latter being vastly more expensive than this unsigned one).

Although the image looks like it may be from a comic book featuring Alice, I don't think I've seen it before (and I own all comics featuring him). 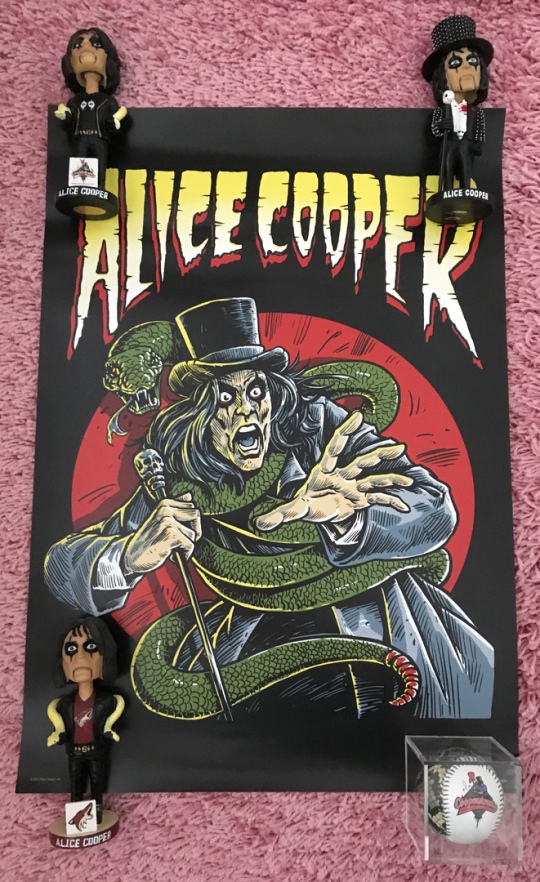 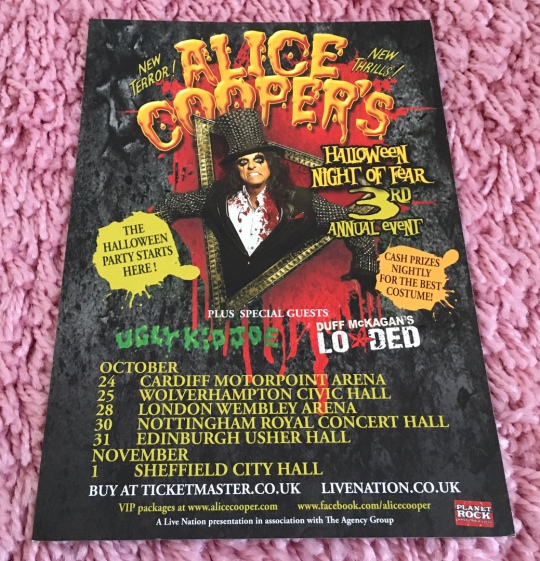 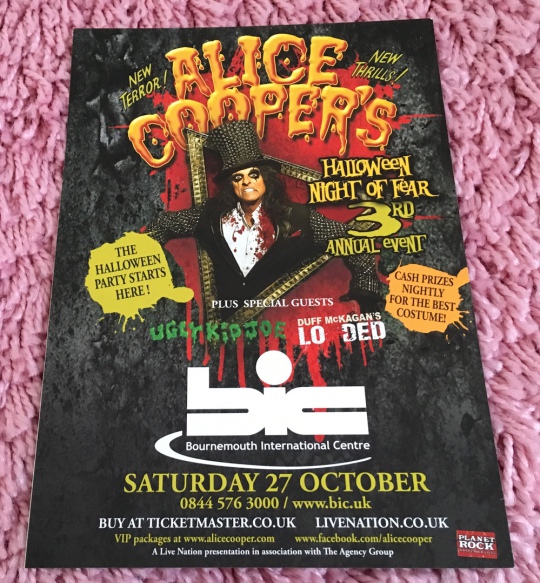 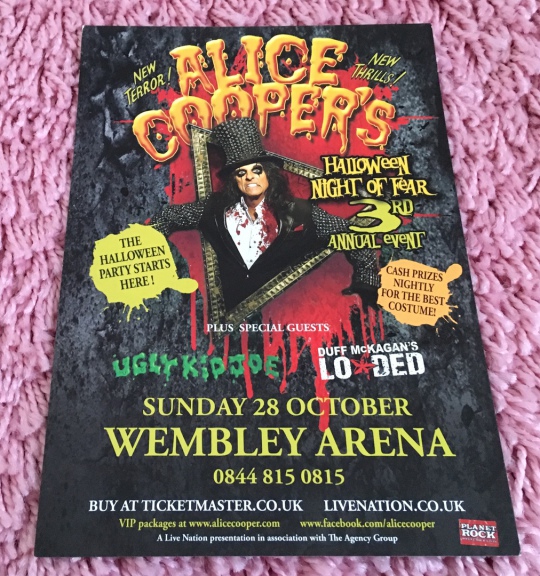 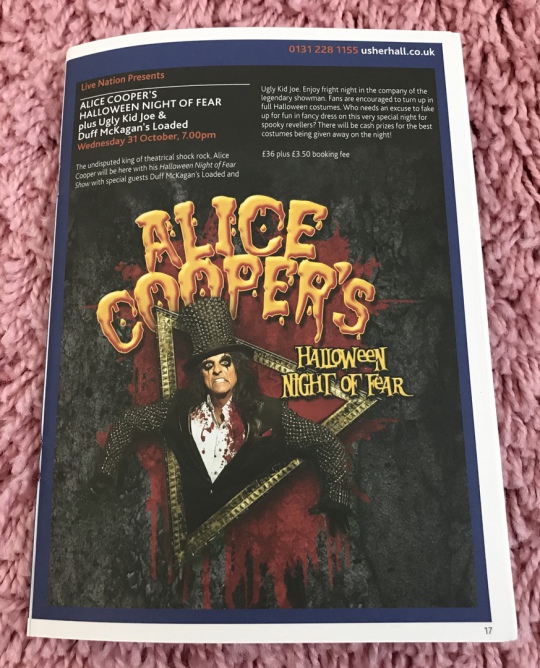 This fantastic poster was produced to advertise Dennis Dunaway's (AKA Dr Dreary's) Snakes! museum, which featured a rare collection of Alice Cooper Group artifacts, at the 2015 Chiller Theatre Expo in New Jersey.

It is personally signed by Dennis himself plus Alice Cooper Group members Michael Bruce and Neal Smith.

This framed poster is limited to 20 units (or at least it is alleged to by Concert Live, who have a track record of not being honest) and features the No More Mr Nice Guy Tour artwork set against the soundwave pattern of Poison. This one is marked as #5 of 20.

Spend The Night With Alice Cooper UK Tour A5 Flyer, 2017 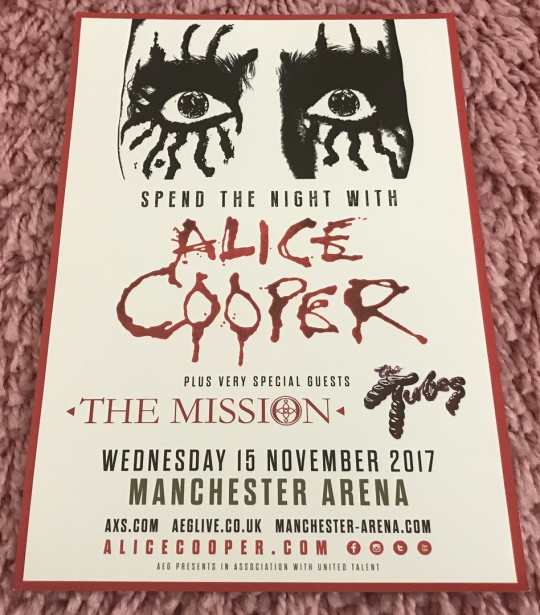 Spend The Night With Alice Cooper UK Tour A5 Flyer, 2017 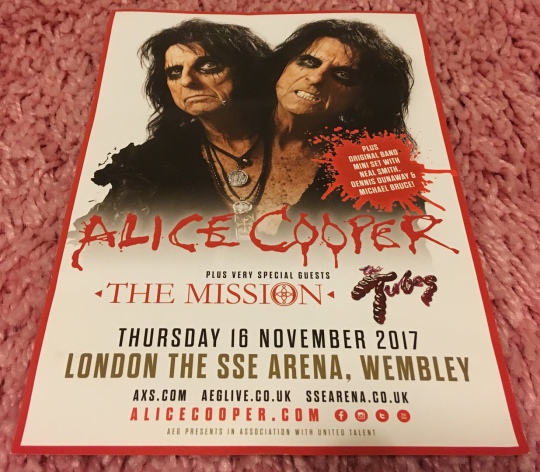 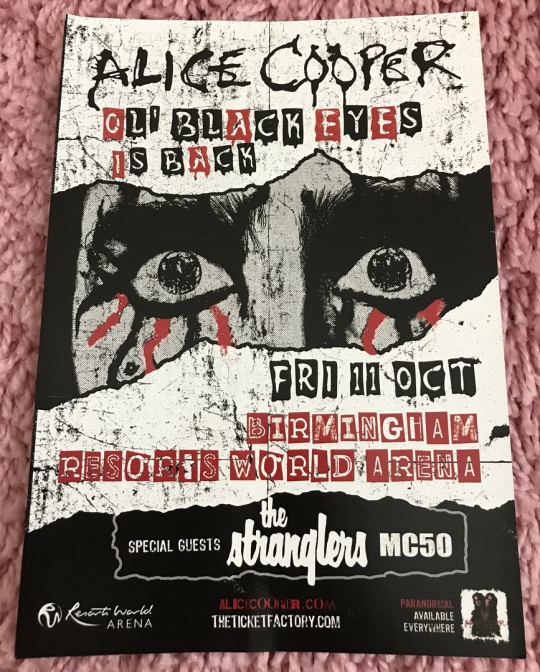